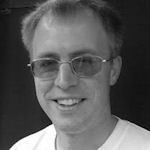 Steve is the editor at All About Symbian, which means any typos that slip through in the main stories are his responsibility (although, ultimately, you can still blame Rafe). He’s also one of the main writers, specialising in the camera and multimedia side of things when it comes to reviews and tutorials. When not working on AAS and All About Windows Phone, Steve writes, produces and stars in The Phones Show, a fortnightly video show reviewing phones and smartphones in detail.

Camera 'angles' are an odd thing. Back in the day (2005-2015), all a phone camera needed to do was shoot a single, standard (90° or so) photo of a scene, as well as possible. Job done. Various smartphones experimented with zoom (notably the famous 808 and 1020 pair), and from 2015 smartphones with extra telephoto lenses started to appear. But LG went in a different direction with its G5, building in a 130°+ wide angle camera as the phone's 'secondary'. And the idea caught on, with as many dual camera phones coming out in 2020 with 'main and wide angle' as 'main and telephoto'. Could it be that I, for one, underestimated the appeal of a true wide angle camera?

The arrival of genuine homescreen 'widgets' in iOS (see the screenshots below) has prompted more thought about the concept and about which mobile OS has mastered them, if any. Symbian and Android both had home screen widgets in 2009, while Windows Phone reimagined the idea completely for its 'live tiles' in 2010. And, a decade later, the iPhone joins the widgets party. But have any of these mobile OS really delivered? I say no. Or at least, not yet, with iOS 14's new implementation looking promising for the future.

Top 10 tips for taking better photos on your phone

I get asked every so often to condense my years of (ahem) photographic wisdom into digestable form - and set against the background of phone camera hardware and software which is constantly improving. It has been six years since I did something along these lines on AAS or AAWP, so let's put that right now. Your typical 2020 smartphone camera system will take pretty good photos in full 'auto' on its own, but what can you do to take the next step?

The arrival of the Realme X3 SuperZoom, another smartphone with much hyped zoom camera system had me scurrying for some zoom favourites of yesteryear for AAS and AAWP readers, plus I also threw in the current champions, the iPhone 11 Pro and Huawei P40 Pro, for good measure. Six contenders then and I'll throw various zoom and low light use cases at them. Note that it's not all about extreme zoom, as I contended in an editorial last week, sometimes it's about zoom versatility.

Three years ago, I let the world know what was in my mobile IT kit, the accessories I group together in the house and take with me on any serious journey to family etc. What inevitably happens in all locations is that, as the 'tech guy', I'm the one people turn to connect A to B, to adapt C to D, to provide power in the middle of nowhere, you get the idea. I'm sure the same is true for you! In compiling this, hopefully of interest and with helpful hyperlinks, I was surprised by just how much had changed, with more capable items replacing older tech, etc.

A blast from the past, but I had the pleasure of interviewing Juha Alakarhu on my most recent Phones Show Chat podcast, published yesterday and embedded below. Juha is, of course, the man who co-crafted the cameras in the Nokia 808 and Lumia 1020 (and various Nseries and the Lumia 950 before and after) - and is respected as something of an imaging guru in the industry. Do have a listen, he reveals some of the background to the two champion 41MP camera phones, including just how hard the 1020 was, in particular, having to combine the 808's power with the expected OIS after the Lumia 920's release.

Forgive the thought flight into the unknown, but most readers will be aware by now that AAWP's infrastructure is less than efficient - see below for the various things that are actually broken. Anyway, I thought I'd profer a small glimpse into one idea. Your comments welcome, perhaps now more than ever!

It's... another head to head article for AAWP... with a difference. Because the smartphone here is different, a direct descendant of the Nokia E7 (2010, running Symbian) and N950 (running Meego, which ended up still-born). Now, a spec comparison between 2020 and 2010 would be farcical, so I'm still going to compare the f(x)tec Pro1 to the Lumia 950 XL, so that specifications are at least in a similar ballpark. But I'm throwing in plenty of Nokia E7/Pro1 comparisons in photo form too, hence the AAS cross-post(!)

The number one hassle with power banks on trips is that you also have to remember to take with you the right charging cable for each family device that you might need to rescue. For most of us, this means bringing along a Type C cable, a microUSB cable and Lightning too, for family members with iPhone or iPads. This PONSINC accessory is perhaps the ultimate swiss army knife in the power bank world, in that it can not only charge phones via Qi wireless, it has integral Type C, microUSB and Lightning cabling. So - quite literally - no extra wires are needed.

Yes, yes, this is being cross-posted on AAWP and yet there's no Windows Phone component. But in the AAWP comments on Lumia 1020 stories I've had a mountain of people wondering what the original Nokia 808 PureView would have made of the test shots. That 1/1.2" sensor, for a start, plus the most sophisticated oversampling system ever seen in the phone world (still). So here goes with some challenging shots and crops. [Updated]